Yorkshire used to be the largest county in England, but it has been divided into three – West Yorkshire, South Yorkshire and North Yorkshire. The coastline of North Yorkshire is stunning, and with 50 miles to explore, there is a lot to see. There are fishing villages, small seaside towns and more prominent holiday resorts.

The town of Whitby, for example, is a must for anyone visiting the area. One of the main attractions here is what remains of the Abbey, and it is worth a visit for the views of the area alone. There is a set of steps from the town up to the Abbey, and you would need to be reasonably fit to manage them easily as there are almost 200. The Abbey is thought to have been part of the inspiration for Bram Stoker’s Dracula. Another coastal option is Saltburn by the Sea, where you can take a trip on the Saltburn Cliff Tramway. The main part of the town is at the top of the cliff while the promenade and pier are at the bottom of the cliff. The tramway dates back to 1884, and it still retains many Victorian features. The North Yorkshire Moors Railway gives visitors the opportunity to travel across the moors on either a steam train or a vintage diesel train. Some of the stops along the route will be familiar to movie fans. For example, Goathland served as Hogsmeade Station in the first Harry Potter film, and the village itself was the location for the TV series Heartbeat. The Moors National Park Centre is located near Danby, and from here, you will only need to scan the horizon to understand why the area is so special. The area is officially a Dark Sky area, meaning that light pollution is kept to a minimum, so anyone interested in stargazing will be able to truly indulge their hobby here. The visitor centre is home to an art gallery, and there is no charge to enter.

History enthusiasts will find that there is plenty to keep them busy in North Yorkshire. As well as Whitby Abbey, there is also Rievaulx Abbey. This former Cistercian monastery features a museum that houses artefacts found on the site and tells the story of the history of the Abbey. Another historical site to add to the must-see list is Helmsley Castle, located in the small town of Helmsley, also in the North York Moors National Park. 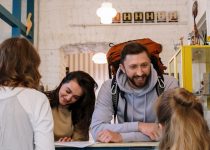 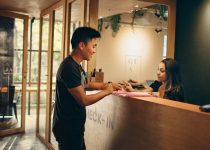 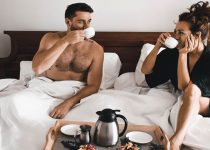